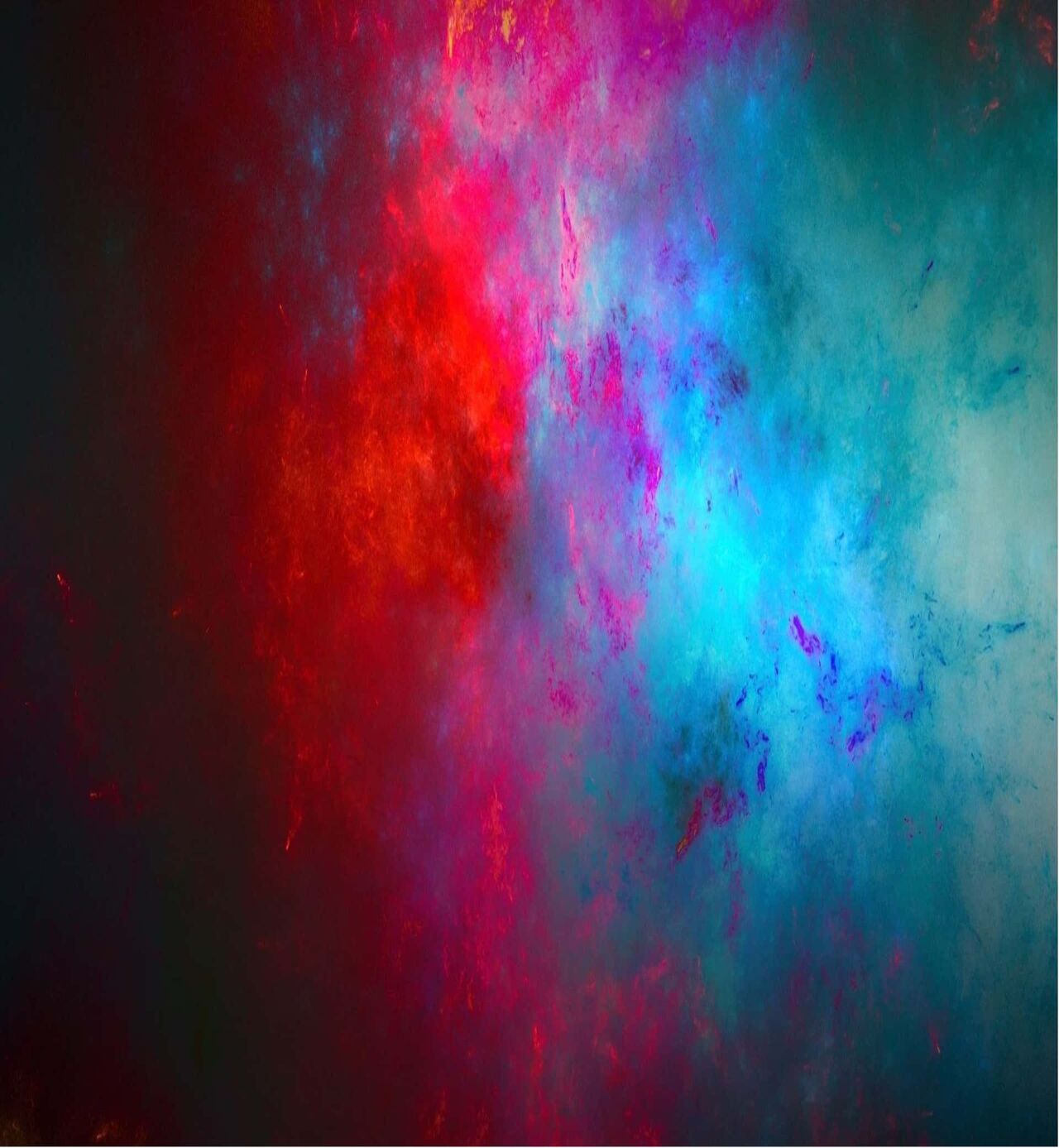 What's on your mind?

I feel an All-Stars season would work well since we've had so many finalists. Or maybe one revolving around the original Sherwood with a new cast like Total Drama: Revenge Of The island. Just ideas tho.

P.S - If you're going to do an All-Star season, bring back all the finalists and people who made it decently far in the competition.

Minecraft Survivor: The Nile
Yes
No

I know Chris updated Lyoko's Interviews (adding Sooner and Timmeh's interviews), but for at least a month, I've been the only person updating this wiki! Where have you guys been?

I guess editing the Nile and getting the remaining episodes ready.

NOTE: This was copied from a blog post. I'm still new to blog posts and discussion threads right now.

Hi, guys. I know I'm a superfan of this show as well as its template. No one has done this before, so I'm going to rank every season of Minecraft Survivor. Here's some notes, though:

This season felt dull to me. While it had a rather enjoyable cast, it had its fair share of jerks, its final three sucked, though its winner, Sting. definitely deserved it and KILLED final tribal. Teemo leaving definitely hurt the season. Even then, it still had its moments, such as Oxy's super idol play (negated by him going out next tribal WITH AN IDOL). I also liked that it is the first season to use actual Survivor music. ALL the Brawns were gone after the final 7, which hurts it even more. It had a very predictable finale, and losing JT at the penultimate episode hurts. In fact, just about all the interesting castaways were gone at the end, and even then, they were kinda gamebot-ish and did many things that were turn-offs for me. Probably the main reason this season is the lowest is that the Brawns weren't so brawny, the Brains weren't so brainy, and Minecraft hurts the Beauties. Maybe I'm just stereotyping here, if so, I'm truly sorry, but either way, this season sits as the worst of Minecraft Survivor.

This season was hard to follow at times, and I'd say it's this low for two reasons only: Vision and Nifty. It did have a breakout cast and got FIVE returnees in Ligao, there were some people that just didn't belong. To list: Alex, Allranks, Nifty, Jervy (even though I've seen him elsewhere), Jacal, Vision, and Walker. That's HALF out of the fourteen castaways. I loved to see these jerks get their karma (ESPECIALLY Allranks). And I don't understand HOW Jacal won fan favorite award. Though, it allowed us to see him as a much better person, especially in Ligao. The intro sucked (as did seasons 1 and 3's intros). However there were some standouts that I LOVED. Echo really stood out to me as one of the best, and so did people like Caleb and Jerry (even though the latter earned his spot as one my favorites in Ligao). Jerry wasn't a great winner, but Ligao is where he truly shined. I also loved the location. Unfortunately, here it sits as the second-worst season.

The first season was very difficult to follow, but this time I get it because it's the first season. Its cast was very standout, even if it was so small. It feels like it went by too quick and I don't enjoy seeing total sweeps. It's especially frustrating because when Allium FINALLY won a challenge, they STILL lost Mason. No wonder Jeff Probst hates quitters so much. Speaking of quitters, this season had TWO: Mason and Angie. Thing is, I liked Angie and she played a good game. What a shame. Anyway, the cast was enjoyable, from gamebot Miller (yes, sometimes gamebots are enjoyable), to quirky loudmouth Bunboy, to loathsome villain Kyle, this season had a great cast. I really liked the winner, Andrea, even in comparison to Kyle (sadly, she's the only winner not to return for Ligao). Unfortunately, it pales in comparison to the seasons to come, and alas, here it stands.

This season was by far the most chaotic, but it has a rather unlikeable cast, examples being Corcaigher, Trevor, Killer (yes, the entire final three), and Huffle. Even then, it had its standouts, like Jay, Caajbe, Garrett (though his late-games moves rubbed me the wrong way), Timmmeh, and Lizzy. The Vindicator's Key twist actually worked for a "get back in the game" twist, because it's DISCONTINUED after the merge, and it's a perfect combo of Edge of Extinction and Redemption Island. Sadly, all of my favorites were gone by the final four, and Killer's disqualification and Trevor's win really was a turnoff for me. As a result, this season sits smack dab in the middle.

I consider this the last low-quality season, and this is where Minecraft Survivor started to ramp up. There was just the right amount of returees to change the game for the better. It has a cast that I really liked (like Echo, Sooner, Ayda, and Gamer, among others), even if there were some turnoffs (Derpy and Jacal). The challenges were interesting, and definitely enjoyable. I've seen comments after the first two post-merge episodes that the post-merge sucks because we saw three returnees gone in a row, but don't let that fool you. There were some huge blindsides and even some of the biggest floaters ramped up their gameplay. Sooner was a great winner, and earned a spot back. The Blood Diamond twist, however, was not the best. It's just an extra vote made public. Despite these setbacks, this season stands as one of the best.

Now we're getting into the seasons that I truly love. The cast was truly standout and extremely enjoyable. The challenges were great, and the gameplay was top notch. There are two players that truly define this season: Hope and Sinuar. Even then, many other people got a lot of screentime, like Aussie, Beybak, and Happy, to name a few. I actually considered putting this at #1, but I decided against it, mainly because of Breydon and Foration. They didn't make it too far, though. That only adds to the enjoyment of this season. The idol shards twist added another level of gameplay to this already amazing season, and the surprise final two only adds to it. The way Hope dominated this season leaves me breathless and I can't understand why Foration denied her a unanimous victory. Overall, this season earned its place in my heart and proves just how much why I love Survivor.

And the absolute best season of Minecraft Survivor is...

I don't know where to start. But I need to have an explanation for why this season is number 1. So... here goes.

It's an all-star season. Let that speak for itself. I'm pretty sure Chris here is the first and currently ONLY Minecraft Survivor host to have an all-star season and BOY does he make it work. I was so glad to finally have a 16-person cast, and its cast is breathtaking (yes, even Jacal). Even the most subtle people get their moments to shine. Its challenges were all throwbacks, and that was a nice touch. But the moments. The standout moments are what gives this season the crown. The first successful idol play in ALL of Minecraft Survivor sending ECHO out of the game FIRST. While I was sad to lose him first, it just showed that these guys were not holding back. They were ready to WIN. Even better: the rock draw. Dear God, the rock draw. I have NEVER seen this happen in the tribal phase, and it still made it count. Even though the post-merge didn't have a lot of standout moments, the gameplay was one of the absolute best. Even though this sits at the very top, I have one complaint: Brady. Sinuar told him on his way out the door: "Beybak deserved it more than you." He was right. Even though Brady played a critical role in Echo's boot, he was infuriating at times, and the cherry on top is that he actively LIED about it at final tribal. Also, I can't understand why everyone kept him after that. Even with Brady, this season was just pure gold. Infernox was a great winner and a great underdog story. The premiere was amazing. The finale was amazing. This season kept me on the edge of my seat from beginning to end. And this is why it is, in my opinion, the best season of Minecraft Survivor.

So there you go. This is my ranking of Minecraft Survivor seasons. If you have anything to say about it, please leave it in the comments. This is my first ever discussion post, and it'll take me a bit to get used to. Be prepared to receive more posts, even in the distant future. Bye!

This is the place to talk about your favorite topic, to share news, theories, ideas, and to connect with others.

To learn more about what you can do here, check out community.wikia.com/wiki/Help:Discussions

If you're an admin on this community, read more about how you can customize your Discussions and set up guidelines for contributors: community.wikia.com/wiki/Help:Admin_and_Moderator_Tools_in_Discussions